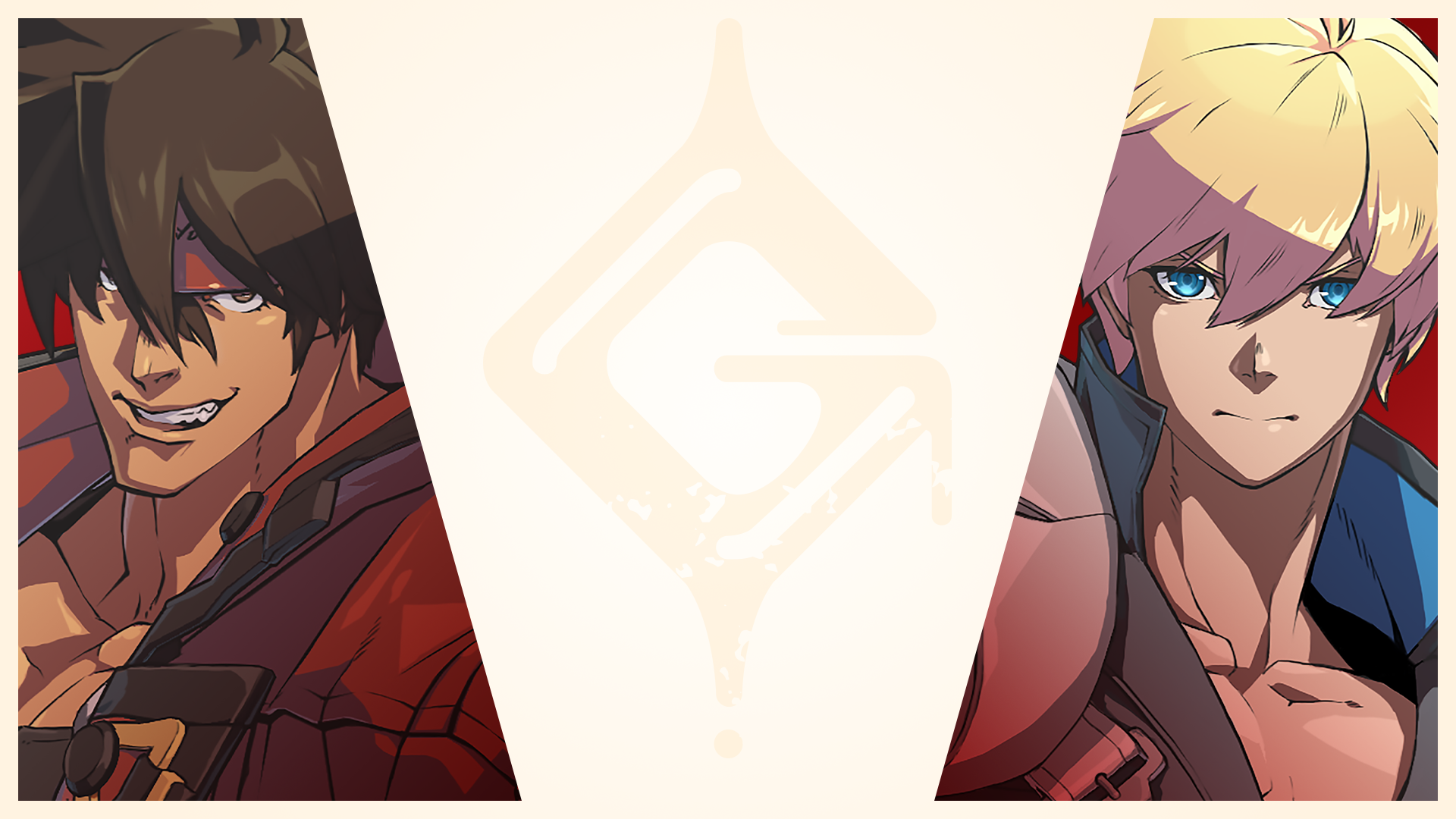 2020/7/3 An error in the results of the Most Requested Character poll for the European region has been fixed.

Greetings from the development team at Arc System Works.

This is the beginning of our new project titled “Developer’s Backyard.”
Our goal is to create a conversation between us here at Arc System Works and the players. We’ll be responding to opinions we’ve received by sharing our developmental intent as well as new information about our plans going forward.

First of all, we’d like to thank everyone who took part in the Guilty Gear -Strive- (from here on, abbreviated as GGST) closed beta test. And, even more so, we appreciate everyone who took the time to fill out the survey.
Here’s a report on the data collected from the survey.

Everyone’s Favorite Fighting Games 95% of survey participants answered that they’ve played Guilty Gear games before. And 54.1% answered that Guilty Gear is their favorite fighting game franchise! We’re hoping that in addition to our GG players, fans of other titles will also enjoy GGST!

Most Requested Character This answer varied greatly between countries, so we’ll share the results for each area.

The most requested character in Japan turned out to be Bridget.
Actually, he was number one in a popularity poll from back in 2013, too. Looks like his popularity is still going strong!
In the rest of the world, Baiken dominated the top spot!

Here are the evaluations for each aspect of Guilty Gear -Strive-

Answers to Your Concerns from the Developers

We saw many of your opinions on the game through the survey.
In this section, Development Director Akira Katano and General Director Daisuke Ishiwatari will answer some opinions and concerns that were particularly common. Mr. Ishiwatari: I’d like to thank everyone sincerely for taking part in the closed beta test and filling out the survey.
We’ve had each member of the development staff look at your survey answers. We’ll keep all of your valuable opinions in mind as we continue our hard work on GGST.

Our goal today is to respond to your opinions and concerns on behalf of the development team. However, there’s something I’d like to share before that.

This game is not intended to be a continuation of previous titles.
The basis of our development is to create everything to be completely new.
I hope you can keep that in mind as you read on.

About the gameplay of Guilty Gear -Strive-

Concern: The damage is too high Mr. Ishiwatari: A central idea behind this title is that you can deal big damage without memorizing long combos as was required in previous games. Mr. Katano: We made the damage extreme in the beta test to get that idea across. Before the game’s release, we’ll be adjusting it carefully by looking at player feedback and match results.

Mr Katano: In previous Guilty Gear titles, players could cancel many normal moves into their combo parts with relative freedom. In GGST, we’ve made restrictions on this so that it’s more difficult to combo into damaging moves from fast, small normal moves.
By doing so, we’ve introduced a greater emphasis on choosing which normal move you use to start your combo based on the situation and your goal at the time.

This change makes it difficult to put experience from previous titles to use in GGST, and we’ve heard many concerns and criticisms from fans of the series. In addition, we’ve heard the opinion that being able to get a combo simply by pressing each button in order made combos simple, meaning that GGST is more difficult. Mr. Ishiwatari: One important concept in this game is placing greater importance on choosing your moves based on the current situation.
I do think it’s more difficult in the sense that muscle memory won’t really work, but there should be fewer mechanics for new players to learn before they can enjoy playing matches. Mr. Katano: If we think of it in terms of either the game being simpler to play in training mode or simpler to play in a match, I would say that GGST values the latter more.

In development, we’ve worked with the concept of making the choice and timing of each and every move important, in order to create room for invention and technical challenge for advanced players while also shortening the length of combos and block strings.

Naturally, we are continually adjusting what moves combo into what (including the differences for each character) by looking at the game from various viewpoints. This goes for not only gatlings, but follow-up moves and combos in general as well.

Also, we are planning to further increase the level of freedom with combos compared to previous entries in the series.
While this may seem contradictory to the reduced length of combos and the restrictions on gatlings, I believe we can make this happen through a combination of other mechanics.

Even in the closed beta test, there were many combo routes available. Unfortunately, however, only a limited number of routes were effective due to the extreme damage.
Our goal in moving forward with development, including our work on over-all game balance, is to make a game where each player can have a distinctive play style.

While we’re working on improving this so that more players can enjoy the game without unnecessary stress, I’d like to continue with this idea of challenging ourselves to include new camera work like never seen before.
As of now, we’re looking into making this work in a balanced way as a team. Mr. Katano: We’ve also heard concerns that some camera work, such as the effect on counter hit, impacts the game’s pace, player inputs, and visibility.

As previously mentioned, we are taking the survey results to heart and working on improving this so that players can have a more comfortable and fun experience, while still trying out new effects.

Mr. Ishiwatari: I’d like to explain our ideas behind the user interface during matches, which is quite different in this game.

We’ve made it so that the Burst icon moves as the health bar drains in order to minimize the amount of eye movement required to check each gauge.

We’ve intentionally made the R.I.S.C. gauge less visible to reduce the number of gauges that first-time players try to be aware of.

The hit counter is so big because in previous games, it’s been difficult to see the number of hits due to being hidden by the character models (or vice-versa). This is an attempt at fixing that issue.

However, we’ve received many opinions looking critically at the user interface in terms of visibility and design.
As of now, we are seriously considering everyone’s comments, and our team is discussing these critical issues to create the finalized design.

About the GGST online lobbies

Concern: The online lobby system has errors Mr. Ishiwatari: Our plan during development, as with the rest of the game, is to create something entirely new for the online mode. Mr. Katano: However, we ran into many bugs and other problems during the closed beta test. In addition to fixing those bugs, we’ll be taking a new look at the matching system as a whole.

We are working to be able to provide everyone with a pleasant online experience by fixing these issues and creating another opportunity for you to try out the game.

We apologize sincerely for all of the problems with the beta test.

Concern: The online lobby’s design Mr. Ishiwatari: With GGST, we’re trying out a new design compared to prior ASW titles by using 2D pixel art style 3D avatars and such.

This venture is necessary to create new mechanics and fun that wasn’t possible with the 3D avatars we’ve used previously. While they weren’t included in the closed beta test, we’ll be showing them off at the next opportunity.

In addition, we’ve seen many opinions that the style doesn’t mesh well with the world of Guilty Gear. In regards to this concern, we hope you’ll keep on the look-out for new information as we’ll be showing you new designs that weren’t included yet in the closed beta test.

Concern: The UI design Mr. Ishiwatari: Regarding the user interface in general, we’ve seen many comments that the design isn’t “rock” enough. Rest assured,
we will make it rock!

For this first volume of “Developer’s Backyard,” we focused on the feedback from the closed beta test.

Upcoming Online Events (All JST)
6/9: Summer of Gaming
6/23: New Game Plus Expo
We’ll be revealing new GGST footage at these events, so be sure to check them out!

We’ll be taking opinions and requests indefinitely via the form below.
*Please be aware that we cannot answer questions about what characters will appear or be playable in GGST.